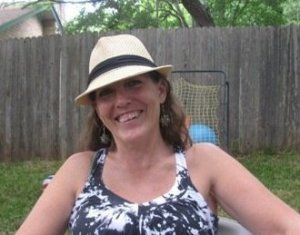 I am a Freedom Chaser

Here I am.  Chasing Freedom.  I love my life, I love my family. But the preceding years had left me feeling isolated from the world by choice, wounded, insecure in myself and often feeling like a failure.  I tried yoga, hiking, meditation, working hard toward my dreams with my non-profit organization, and drawing closer to my God.  Each of these helped me, but I knew there was more.  I just knew it!!

I hated the fact that I was paying almost $1000 a month for an apartment, yes its nice but I kept thinking there must be a better way.  I hated the fact that my life seemed to be centered around ‘making it’, paying the bills.  I decided that no way did I want to live the rest of my life like that.

A few months ago, I sublet my apartment to a friend, loaded my Wagon (Rav4) with camping gear and suitcases and went on this journey, truly driven by an inner sense that I needed to do this now.  I considered it crazy because I had no income nor savings. I was and am determined to reconnect with people, old friends and new.  It is now toward the end of March, and I am sitting at my daughter’s table in San Juan del Sur, Nicaragua.  And I sense that my journey has only begun. This blog is my story.

Why am I blogging about my journey?  Because I believe that there are many people who also Chase Freedom, or at least dream about Chasing Freedom.  I love to encourage people, I love to go on adventures and report them (even my sometimes foolish behavior)  so that people can understand that maybe you CAN chase freedom too!  Even with kids, dogs, whatever….

I love to throw all my energy, relational connections and ardor for adventure through my non-profit Mission of Grace to help empower people to reach their dreams and to custom build teams to come alongside and then have an adventure too.

I plan to interview Freedom Chasers along the way, wherever I find them – so we can all encourage each other.

Wanna come along for the ride???

Here is a very broad overview of my 45 year Chase for Freedom:

I have been chasing freedom in one way or another since I was a teenager.  As the years passed by, my avenues went from religion, to drugs, to chasing spirituality in many different forms, to marriage, to divorce, to buying an orange van and leaving town-determined to not return.  I learned so much, I grew in my ‘inner woman’, I lived life to the fullest that I knew how.  But I was not content. That was the first 14 years (from the age of 15 to 25  1965 – 1979).

Then it went to getting established in my beloved Texas, remarrying, immersing in church life, having nine children, homeschooling, home-birthing, and volunteering in the prisons. So many awesome memories, raising kids is something to be cherished, again learning, growing, embracing life.  (That was the next 14 years 1980-1994).

I was trying so hard but I still just was not able to be content with what freedom I had obtained.  So, my  husband and I moved to Nicaragua with our nine children as faith missionaries and lived out in rural Carazo, beginning in a watchman’s cabin with no running water nor electricity.   Our tenth and last child was born.  We struggled in this way for nine years, loving our new home country, embracing it with passion, but not the same with our church world.  There were many adventures during those years – as outlandish and daring as I could dream up, they happened. I loved life so much!  I made so many friends, squeezed all I could get out of life. But then we crashed and almost burned, so we went back to Texas, feeling very defeated and divorced once again.  (That was a ten year span 1994 – 2002)

For the next 12 years, I tried very hard to be a ‘normal’ mom, putting my kids in the public schools,  cheering my sons on under the Friday night football lights,  letting all the local kids hang out at my house.).  It was good, I love being a mom so very much.  But, yes, truthfully, I felt like something in me was being cocooned, just waiting to launch once again.